SL Green Realty Corp., an S&P 500 company and New York City’s largest office landlord, is a fully integrated real estate investment trust focused primarily on acquiring, managing, and maximizing value of Manhattan commercial properties. SL Green has a reputation for being one of the most innovative and best-in-class REITs with a focus on pursuing collaborative sustainability opportunities in its buildings.

SL Green’s 1515 Broadway is an iconic 54-story office tower in New York City that has 1.9 million square feet and was built in the early 1970s. After a significant lobby renovation in 2010 and regular investments in efficiency, SL Green started looking at solutions to reduce energy expenditures at the property to save money and support the Mayor’s Challenge of reducing energy consumption by 30% by 2026. In addition, SL Green sought to make the building more appealing to tenants by improving its ENERGY STAR® score and achieving LEED certification. With these improvements, SL Green could align its environmental strategy with those of the building’s anchor tenant, for whom commitment to sustainability is a core business value. SL Green evaluated multiple solutions and concluded that an automated monitoring system capable of optimizing heating, ventilation and air conditioning (HVAC) system performance would position the property at the forefront of sustainable building operations.

After initial installation and three seasons of use, the 2017 annualized estimated savings for electricity and steam at 1515 Broadway totaled $189,880 and almost 675,000 kWh and 2,500 MLbs, more than 24% higher than initially proposed. This estimated savings accounts for 7% of HVAC spend and savings of approximately $0.10 per square foot. “Building Optimization works with our upgraded building management system to optimize fan speed, which reduces consumption without causing discomfort to building occupants,” said Michael Galvin, chief engineer at 1515 Broadway.

Building Optimization also contributed to a dramatic increase in 1515 Broadway’s ENERGY STAR score and paved the way for the property’s LEED Gold certification. The ENERGY STAR score, 48 in 2011, increased to 76 in 2017. “Both of these designations are very important to us and our tenants, and Building Optimization was instrumental in getting us there,” said Kevin Reade, property manager at 1515 Broadway.

The Building Optimization installation at 1515 Broadway gave SL Green a 99% return on investment and simple payback in 1.2 years, due in part to the smooth equipment implementation with Yardi’s support staff. “Yardi Energy helped make our optimization seamless by monitoring the data with us and helping us make decisions quickly and with expertise,” Reade said.

As further testament to Building Optimization’s contribution to SL Green’s sustainability performance, 1515 Broadway received a Pinnacle Award for Earth Building of the Year from BOMA New York in 2018. SL Green has also reduced 25% of greenhouse gas emissions toward The New York City Carbon Challenge, with only 5% more to go until 2026.

The results also speak to the strong partnership approach Yardi takes with their customers. Edward Piccinich, chief operating officer of SL Green commented, “We are always looking for innovative ways to save on energy consumption across our portfolio and look forward to continuing to expand our relationship with Yardi on the energy front.” 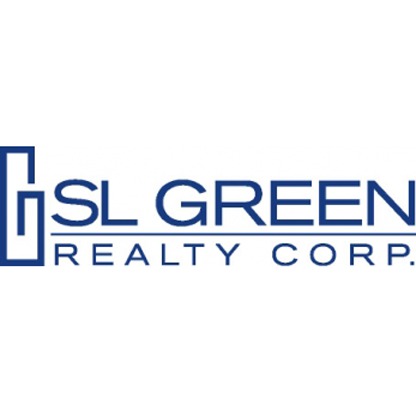 Annualized estimated savings of 7% of HVAC spend and increased ENERGY STAR score by 58%.